Jesus healed a woman who had been bent over for eighteen years. She had been crippled by an evil spirit and held in bondage by satan. 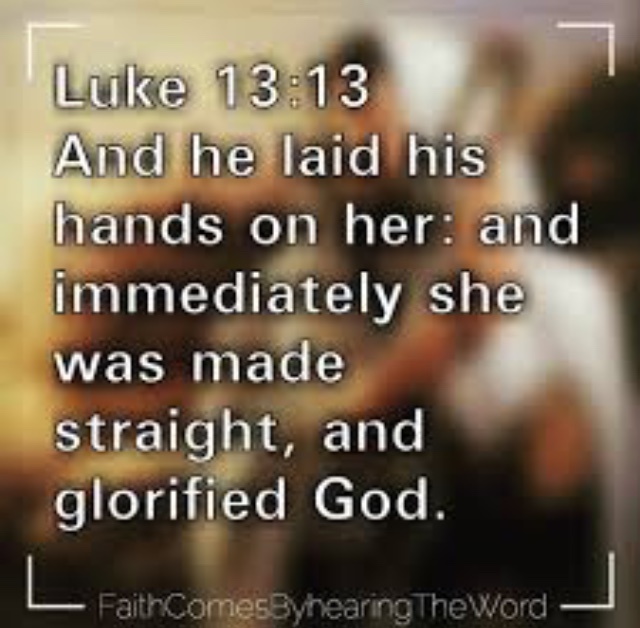 10 One Sabbath day as Jesus was teaching in a synagogue, 11 he saw a woman who had been crippled by an evil spirit. She had been bent double for eighteen years and was unable to stand up straight. 12 When Jesus saw her, he called her over and said, “Dear woman, you are healed of your sickness!” 13 Then he touched her, and instantly she could stand straight. How she praised God!

14 But the leader in charge of the synagogue was indignant that Jesus had healed her on the Sabbath day. “There are six days of the week for working,” he said to the crowd. “Come on those days to be healed, not on the Sabbath.”

15 But the Lord replied, “You hypocrites! Each of you works on the Sabbath day! Don’t you untie your ox or your donkey from its stall on the Sabbath and lead it out for water?16 This dear woman, a daughter of Abraham, has been held in bondage by Satan for eighteen years. Isn’t it right that she be released, even on the Sabbath?”

17 This shamed his enemies, but all the people rejoiced at the wonderful things he did.