Apollos was an eloquent speaker for God. He spoke boldly in the Jewish synagogue that Jesus was the Messiah. 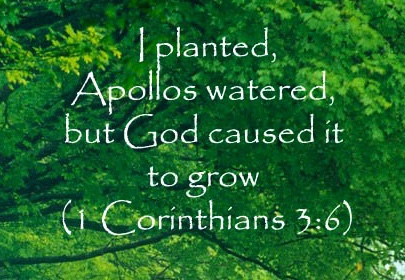 24 Meanwhile, a Jew named Apollos, an eloquent speaker who knew the Scriptures well, had arrived in Ephesus from Alexandria in Egypt. 25 He had been taught the way of the Lord, and he taught others about Jesus with an enthusiastic spirit and with accuracy. However, he knew only about John’s baptism. 26 When Priscilla and Aquila heard him preaching boldly in the synagogue, they took him aside and explained the way of God even more accurately.

27 Apollos had been thinking about going to Achaia, and the brothers and sisters in Ephesus encouraged him to go. They wrote to the believers in Achaia, asking them to welcome him. When he arrived there, he proved to be of great benefit to those who, by God’s grace, had believed. 28 He refuted the Jews with powerful arguments in public debate. Using the Scriptures, he explained to them that Jesus was the Messiah.