Peter and the apostles were put in jail for preaching about Jesus. When they got out they went back to the temple and continued to tell the truth about Him. 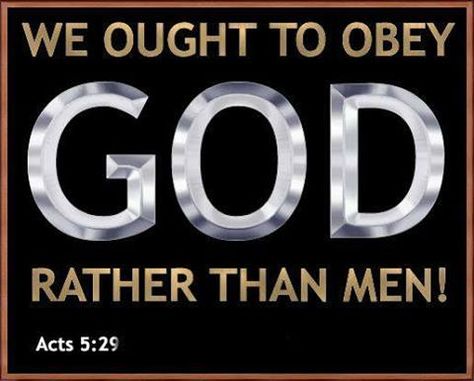 24 When the captain of the Temple guard and the leading priests heard this, they were perplexed, wondering where it would all end. 25 Then someone arrived with startling news: “The men you put in jail are standing in the Temple, teaching the people!”

26 The captain went with his Temple guards and arrested the apostles, but without violence, for they were afraid the people would stone them. 27 Then they brought the apostles before the high council, where the high priest confronted them. 28 “We gave you strict orders never again to teach in this man’s name!” he said. “Instead, you have filled all Jerusalem with your teaching about him, and you want to make us responsible for his death!”

29 But Peter and the apostles replied, “We must obey God rather than any human authority. 30 The God of our ancestors raised Jesus from the dead after you killed him by hanging him on a cross. 31 Then God put him in the place of honor at his right hand as Prince and Savior. He did this so the people of Israel would repent of their sins and be forgiven. 32 We are witnesses of these things and so is the Holy Spirit, who is given by God to those who obey him.”