In Bible times there were Jews and non-Jews also known as Gentiles. God greatly used Paul to preach to the non-Jews. The Jewish people sometimes found this idea difficult to accept. 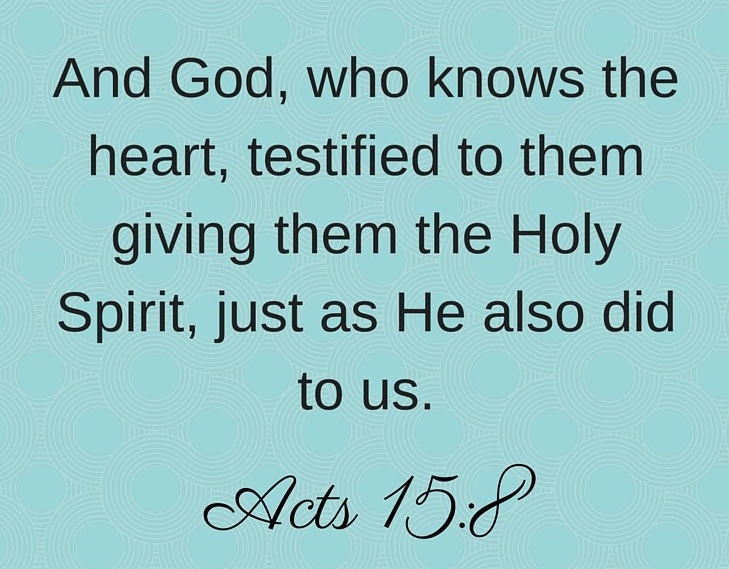 4 When they arrived in Jerusalem, Barnabas and Paul were welcomed by the whole church, including the apostles and elders. They reported everything God had done through them. 5 But then some of the believers who belonged to the sect of the Pharisees stood up and insisted, “The Gentile converts must be circumcised and required to follow the law of Moses.”

6 So the apostles and elders met together to resolve this issue. 7 At the meeting, after a long discussion, Peter stood and addressed them as follows: “Brothers, you all know that God chose me from among you some time ago to preach to the Gentiles so that they could hear the Good News and believe.8 God knows people’s hearts, and he confirmed that he accepts Gentiles by giving them the Holy Spirit, just as he did to us. 9 He made no distinction between us and them, for he cleansed their hearts through faith. 10 So why are you now challenging God by burdening the Gentile believers with a yoke that neither we nor our ancestors were able to bear? 11 We believe that we are all saved the same way, by the undeserved grace of the Lord Jesus.”

12 Everyone listened quietly as Barnabas and Paul told about the miraculous signs and wonders God had done through them among the Gentiles.

13 When they had finished, James stood and said, “Brothers, listen to me.14 Peter has told you about the time God first visited the Gentiles to take from them a people for himself. 15 And this conversion of Gentiles is exactly what the prophets predicted. As it is written:

16 ‘Afterward I will return
and restore the fallen house of David.
I will rebuild its ruins
and restore it,
17 so that the rest of humanity might seek the Lord,
including the Gentiles—
all those I have called to be mine.
The Lord has spoken—
18     he who made these things known so long ago.