Stephen was an amazing Christian. He had a reputation for being an excellent spokesman for God. There was a situation that arose in which lies were told that he blasphemed Moses. This caused him to be put on trial before the high priest. He defended himself by talking through many details from Jewish history found in the Old Testament. 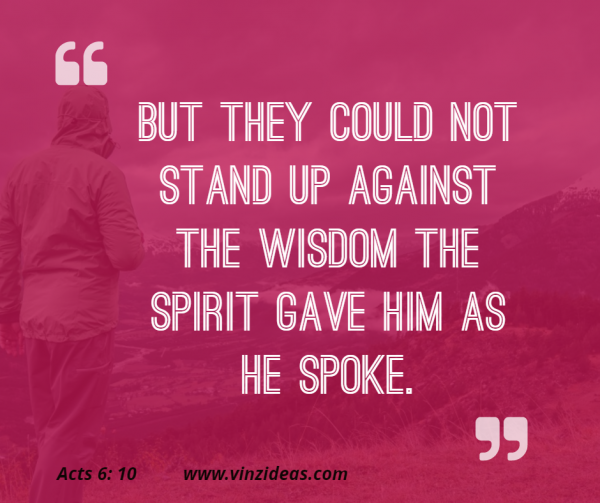 8 Stephen, a man full of God’s grace and power, performed amazing miracles and signs among the people. 9 But one day some men from the Synagogue of Freed Slaves, as it was called, started to debate with him. They were Jews from Cyrene, Alexandria, Cilicia, and the province of Asia. 10 None of them could stand against the wisdom and the Spirit with which Stephen spoke. Towards the end of his speech he talks about the temple Solomon built fo

11 So they persuaded some men to lie about Stephen, saying, “We heard him blaspheme Moses, and even God.” 12 This roused the people, the elders, and the teachers of religious law. So they arrested Stephen and brought him before the high council.

46 “David found favor with God and asked for the privilege of building a permanent Temple for the God of Jacob. 47 But it was Solomon who actually built it. 48 However, the Most High doesn’t live in temples made by human hands. As the prophet says,