David wrote Psalm 101. He purposed to live a life of integrity in several different ways. Today, I pray these words with authority as a Christian to our powerful God who will continuously help us in every of moment of this day to do the right thing. 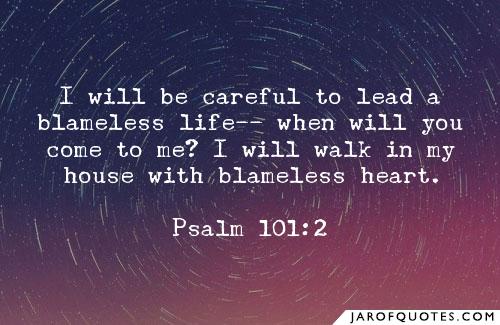 I will sing of your love and justice, Lord.
I will praise you with songs.
2 I will be careful to live a blameless life—
when will you come to help me?
I will lead a life of integrity
in my own home.
3 I will refuse to look at
anything vile and vulgar.
I hate all who deal crookedly;
I will have nothing to do with them.
4 I will reject perverse ideas
and stay away from every evil.
5 I will not tolerate people who slander their neighbors.
I will not endure conceit and pride.

6 I will search for faithful people
to be my companions.
Only those who are above reproach
will be allowed to serve me.
7 I will not allow deceivers to serve in my house,
and liars will not stay in my presence.
8 My daily task will be to ferret out the wicked
and free the city of the Lordfrom their grip. 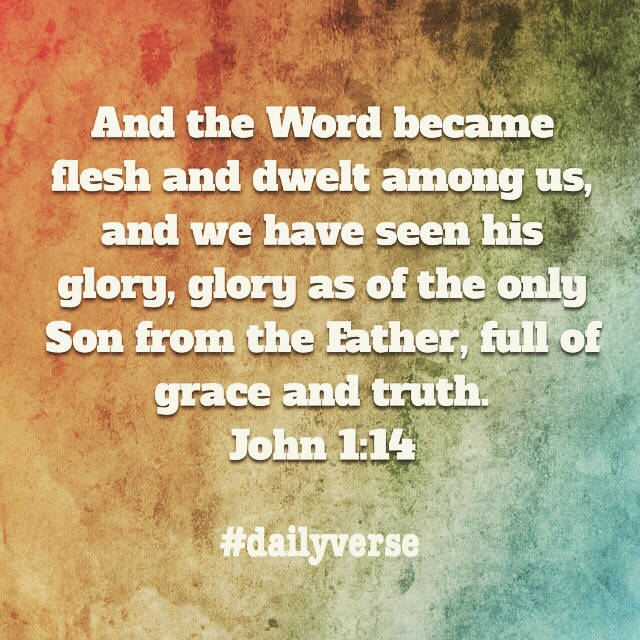 The beginning of the book of John has several powerful, thought-provoking verses. It’s as if, you need to read a single verse and then dwell on it before you go to the next. The verses give answers to deep questions such as Jesus exsisted before He came to this earth. Jesus was human form of the Word of God. God and Jesus are so intertwined that the world was created by God through Jesus. Jesus gave life to the world.

1 In the beginning the Word already existed.
The Word was with God,
and the Word was God.
2 He existed in the beginning with God.
3 God created everything through him,
and nothing was created except through him.
4 The Word gave life to everything that was created,[a]
and his life brought light to everyone.
5 The light shines in the darkness,
and the darkness can never extinguish it.[b]

Shout it out loud with great gladness that God is faithful throughout all your generations (if you allow Him to be)! 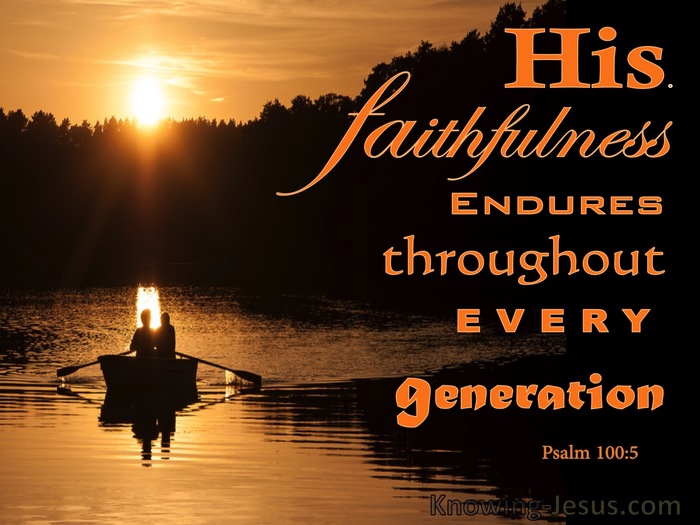 Shout with joy to the Lord, all the earth!
2     Worship the Lord with gladness.
Come before him, singing with joy.
3 Acknowledge that the Lord is God!
He made us, and we are his.[a]
We are his people, the sheep of his pasture.
4 Enter his gates with thanksgiving;
go into his courts with praise.
Give thanks to him and praise his name.
5 For the Lord is good.
His unfailing love continues forever,
and his faithfulness continues to each generation. 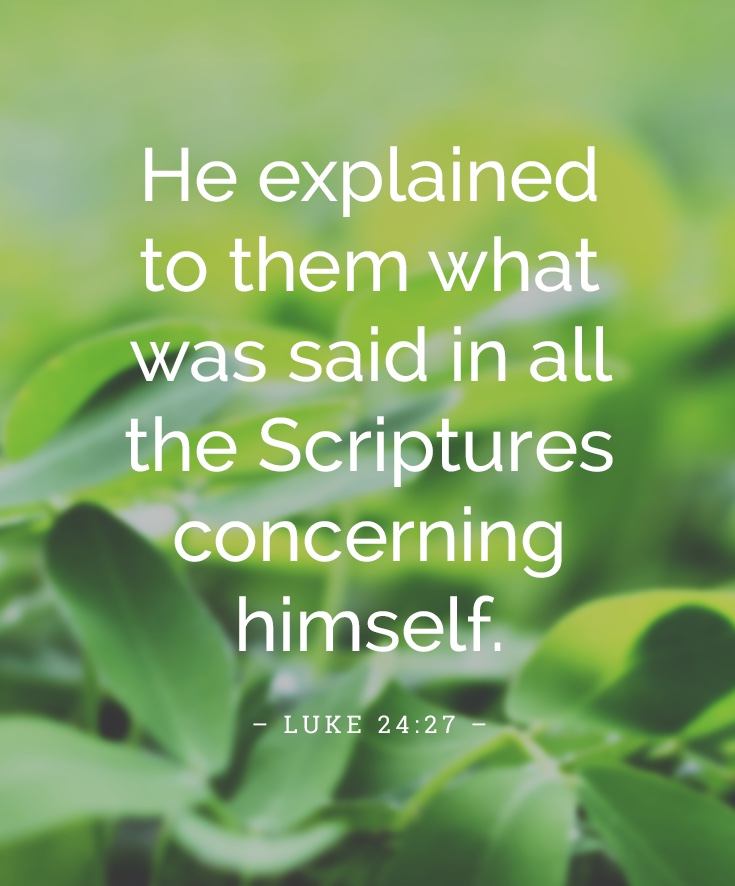 The Israelites all worshiped other gods but then other people went to war against them. They were desperate and cried out to the one true God and He heard their cry. 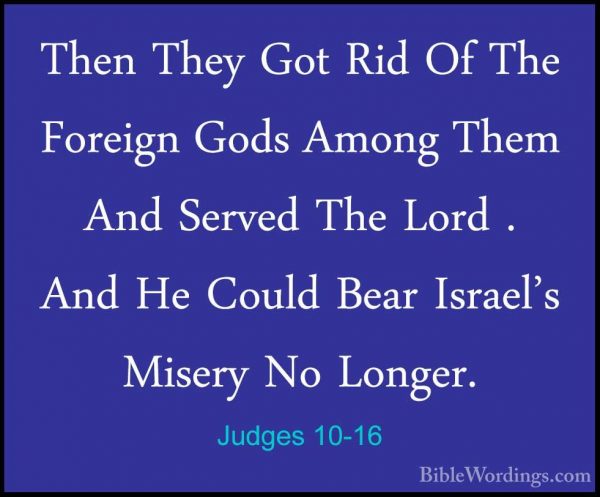 6 Again the Israelites did evil in the Lord’s sight. They served the images of Baal and Ashtoreth, and the gods of Aram, Sidon, Moab, Ammon, and Philistia. They abandoned the Lord and no longer served him at all. 7 So the Lord burned with anger against Israel, and he turned them over to the Philistines and the Ammonites, 8 who began to oppress them that year. For eighteen years they oppressed all the Israelites east of the Jordan River in the land of the Amorites (that is, in Gilead).9 The Ammonites also crossed to the west side of the Jordan and attacked Judah, Benjamin, and Ephraim.

The Israelites were in great distress.10 Finally, they cried out to the Lord for help, saying, “We have sinned against you because we have abandoned you as our God and have served the images of Baal.”

11 The Lord replied, “Did I not rescue you from the Egyptians, the Amorites, the Ammonites, the Philistines, 12 the Sidonians, the Amalekites, and the Maonites? When they oppressed you, you cried out to me for help, and I rescued you. 13 Yet you have abandoned me and served other gods. So I will not rescue you anymore. 14 Go and cry out to the gods you have chosen! Let them rescue you in your hour of distress!”

15 But the Israelites pleaded with the Lord and said, “We have sinned. Punish us as you see fit, only rescue us today from our enemies.” 16 Then the Israelites put aside their foreign gods and served the Lord. And he was grieved by their misery. 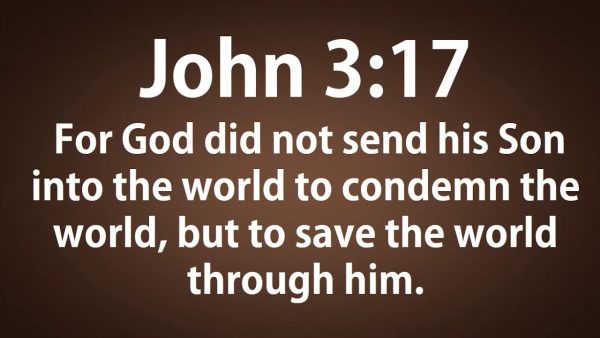 Jesus chose when to end the pain He endured on the cross. 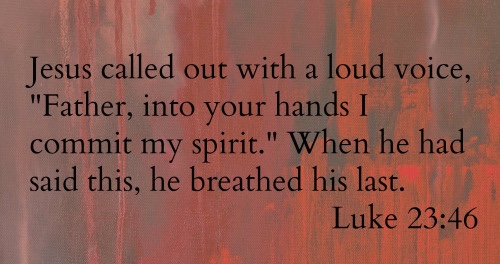 44 By this time it was about noon, and darkness fell across the whole land until three o’clock. 45 The light from the sun was gone. And suddenly, the curtain in the sanctuary of the Temple was torn down the middle. 46 Then Jesus shouted, “Father, I entrust my spirit into your hands!”[a] And with those words he breathed his last.

All nations, honor God! He created the world. Ultimately, it all belongs to Him. 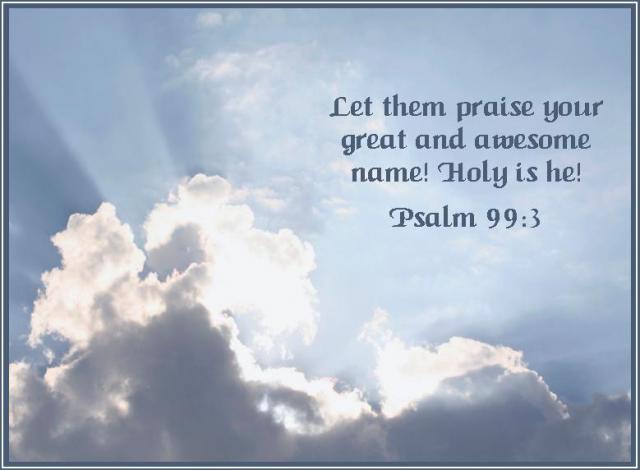 The Lord is king!
Let the nations tremble!
He sits on his throne between the cherubim.
Let the whole earth quake!
2 The Lord sits in majesty in Jerusalem,[a]
exalted above all the nations.
3 Let them praise your great and awesome name.
Your name is holy!
4 Mighty King, lover of justice,
you have established fairness.
You have acted with justice
and righteousness throughout Israel.[b]
5 Exalt the Lord our God!
Bow low before his feet, for he is holy! 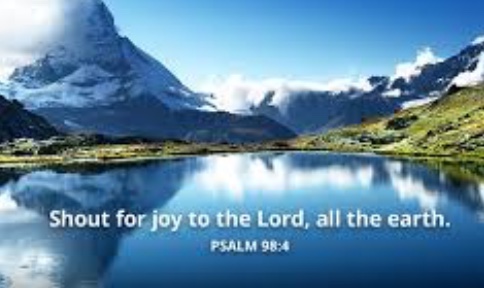 4 Shout to the Lord, all the earth;
break out in praise and sing for joy!
5 Sing your praise to the Lord with the harp,
with the harp and melodious song,
6 with trumpets and the sound of the ram’s horn.
Make a joyful symphony before the Lord, the King!