Religious leaders were trying to catch Jesus in speaking falsely and then arrest Him. They sent men to Him to trick Him but instead the men ended up being amazed.

Today we need Christians who speak like Jesus and impact the listeners so much that their lives are changed.

Heavenly Father, raise up Christians all across the world to bring revival who will speak and teach what is right and are not influenced by what others think but that they would powerfully teach the way of God so that even sceptics would admit to themselves God is truth. 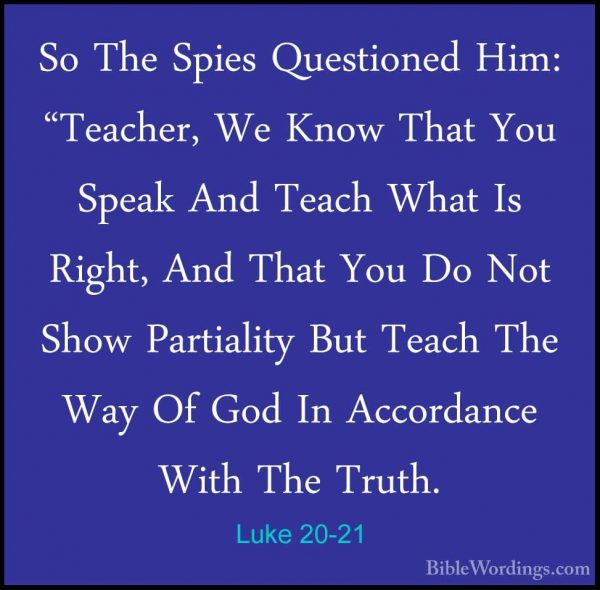 20 Watching for their opportunity, the leaders sent spies pretending to be honest men. They tried to get Jesus to say something that could be reported to the Roman governor so he would arrest Jesus. 21 “Teacher,” they said, “we know that you speak and teach what is right and are not influenced by what others think. You teach the way of God truthfully. 22 Now tell us—is it right for us to pay taxes to Caesar or not?”

23 He saw through their trickery and said, 24 “Show me a Roman coin.[a]Whose picture and title are stamped on it?”

26 So they failed to trap him by what he said in front of the people. Instead, they were amazed by his answer, and they became silent.