The woman knew if she could just even barely touch Jesus she would be healed of the continuous bleeding issue she had. So she managed to push through the crowd and did it. 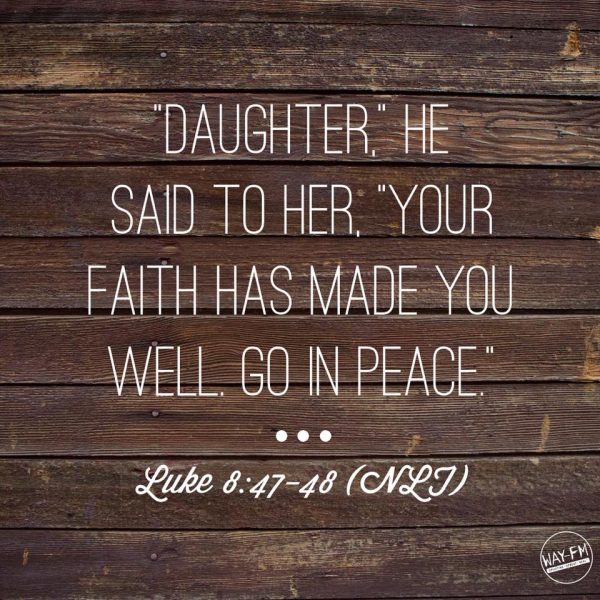 43 A woman in the crowd had suffered for twelve years with constant bleeding,[a] and she could find no cure.44 Coming up behind Jesus, she touched the fringe of his robe. Immediately, the bleeding stopped.

Everyone denied it, and Peter said, “Master, this whole crowd is pressing up against you.”

46 But Jesus said, “Someone deliberately touched me, for I felt healing power go out from me.”47 When the woman realized that she could not stay hidden, she began to tremble and fell to her knees in front of him. The whole crowd heard her explain why she had touched him and that she had been immediately healed.48 “Daughter,” he said to her, “your faith has made you well. Go in peace.”