It’s interesting to me to read the interaction Jesus has with religious leaders of His time on earth. Sometimes leaders would be deceptive and try to trick into saying something wrong. Sometimes Jesus would light into them and speak out against their hypocrisy. But sometimes a leader would trust Jesus.

Jairus was a leader of a local synagogue and went to Jesus having faith to humbly ask Him to heal his daughter. Here’s how the story unfolded, with an added healing in the midst of it.~~

21 Jesus got into the boat again and went back to the other side of the lake, where a large crowd gathered around him on the shore. 22 Then a leader of the local synagogue, whose name was Jairus, arrived. When he saw Jesus, he fell at his feet, 23 pleading fervently with him. “My little daughter is dying,” he said. “Please come and lay your hands on her; heal her so she can live.” 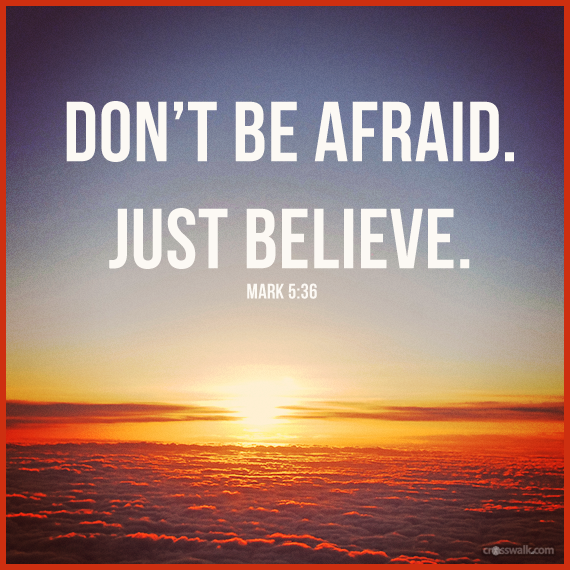 24 Jesus went with him, and all the people followed, crowding around him.25 A woman in the crowd had suffered for twelve years with constant bleeding.26 She had suffered a great deal from many doctors, and over the years she had spent everything she had to pay them, but she had gotten no better. In fact, she had gotten worse. 27 She had heard about Jesus, so she came up behind him through the crowd and touched his robe. 28 For she thought to herself, “If I can just touch his robe, I will be healed.” 29 Immediately the bleeding stopped, and she could feel in her body that she had been healed of her terrible condition.

30 Jesus realized at once that healing power had gone out from him, so he turned around in the crowd and asked, “Who touched my robe?”

31 His disciples said to him, “Look at this crowd pressing around you. How can you ask, ‘Who touched me?’”

32 But he kept on looking around to see who had done it. 33 Then the frightened woman, trembling at the realization of what had happened to her, came and fell to her knees in front of him and told him what she had done. 34 And he said to her, “Daughter, your faith has made you well. Go in peace. Your suffering is over.”

35 While he was still speaking to her, messengers arrived from the home of Jairus, the leader of the synagogue. They told him, “Your daughter is dead. There’s no use troubling the Teacher now.”

36 But Jesus overheard[a] them and said to Jairus, “Don’t be afraid. Just have faith.”

37 Then Jesus stopped the crowd and wouldn’t let anyone go with him except Peter, James, and John (the brother of James). 38 When they came to the home of the synagogue leader, Jesus saw much commotion and weeping and wailing. 39 He went inside and asked, “Why all this commotion and weeping? The child isn’t dead; she’s only asleep.”

40 The crowd laughed at him. But he made them all leave, and he took the girl’s father and mother and his three disciples into the room where the girl was lying. 41 Holding her hand, he said to her, “Talitha koum,” which means “Little girl, get up!” 42 And the girl, who was twelve years old, immediately stood up and walked around! They were overwhelmed and totally amazed.43 Jesus gave them strict orders not to tell anyone what had happened, and then he told them to give her something to eat.