In the book of Haggai, God told His people to rebuild His temple. He put enthusiasm into the hearts of two people to make this happen.  One was Zerubbabel, the leader of Judah and the other was Jeshua, the high priest. Then God told them just as He had told Joshua (leader of Israel as they fought to take the Promised Land) to be strong and not afraid because God was with them.

Today, we can still have that same peace when we take on new challenges. 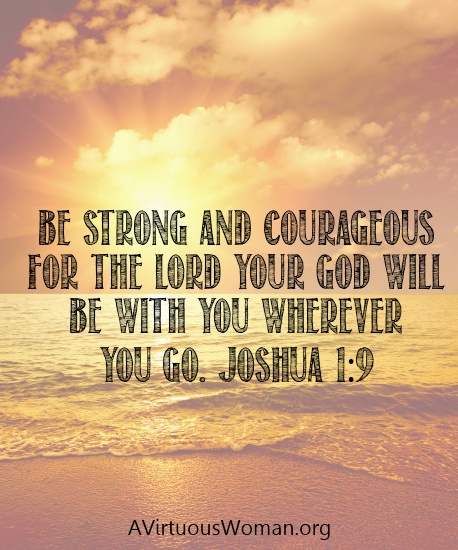 7 “This is what the Lord of Heaven’s Armies says: Look at what’s happening to you! 8 Now go up into the hills, bring down timber, and rebuild my house. Then I will take pleasure in it and be honored, says the Lord. 9 You hoped for rich harvests, but they were poor. And when you brought your harvest home, I blew it away. Why? Because my house lies in ruins, says the Lord of Heaven’s Armies, while all of you are busy building your own fine houses.10 It’s because of you that the heavens withhold the dew and the earth produces no crops. 11 I have called for a drought on your fields and hills—a drought to wither the grain and grapes and olive trees and all your other crops, a drought to starve you and your livestock and to ruin everything you have worked so hard to get.”

12 Then Zerubbabel son of Shealtiel, and Jeshua son of Jehozadak, the high priest, and the whole remnant of God’s people began to obey the message from the Lord their God. When they heard the words of the prophet Haggai, whom the Lord their God had sent, the people feared the Lord. 13 Then Haggai, the Lord’s messenger, gave the people this message from the Lord: “I am with you, says the Lord!”

1Then on October 17 of that same year, the Lord sent another message through the prophet Haggai. 2 “Say this to Zerubbabel son of Shealtiel, governor of Judah, and to Jeshua son of Jehozadak, the high priest, and to the remnant of God’s people there in the land: 3 ‘Does anyone remember this house—this Temple—in its former splendor? How, in comparison, does it look to you now? It must seem like nothing at all! 4 But now the Lord says: Be strong, Zerubbabel. Be strong, Jeshua son of Jehozadak, the high priest. Be strong, all you people still left in the land. And now get to work, for I am with you, says the Lord of Heaven’s Armies. 5 My Spirit remains among you, just as I promised when you came out of Egypt. So do not be afraid.’