Paul was a well-studied, elite Jew. He had been known for killing non-Jews before he met Jesus. God gave him the task of taking the truth of Jesus to non-Jews. 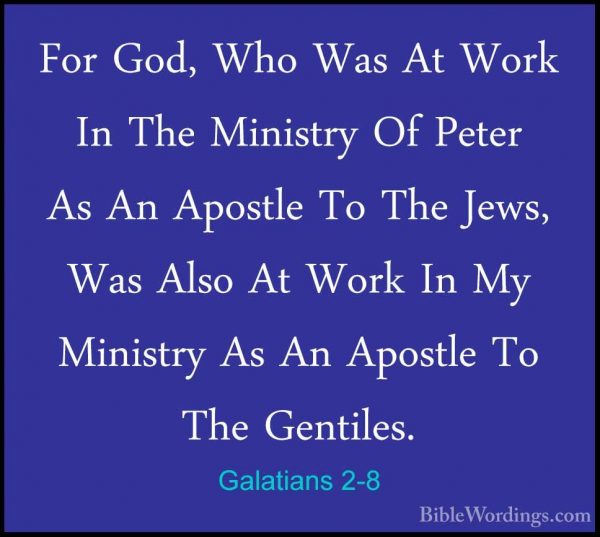 6 And the leaders of the church had nothing to add to what I was preaching. (By the way, their reputation as great leaders made no difference to me, for God has no favorites.) 7 Instead, they saw that God had given me the responsibility of preaching the gospel to the Gentiles, just as he had given Peter the responsibility of preaching to the Jews. 8 For the same God who worked through Peter as the apostle to the Jews also worked through me as the apostle to the Gentiles.

9 In fact, James, Peter, and John, who were known as pillars of the church, recognized the gift God had given me, and they accepted Barnabas and me as their co-workers. They encouraged us to keep preaching to the Gentiles, while they continued their work with the Jews. 10 Their only suggestion was that we keep on helping the poor, which I have always been eager to do.