According to Galatians 1:18 after Paul became a Christian it was three years before he spent a good amount of time with Peter. Peter was a leader among the disciples. Jesus had talked to Peter and said, ‘Upon this rock I will build my church.’ 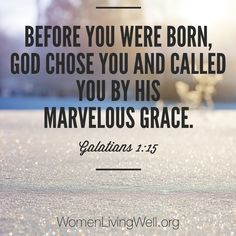 11 Dear brothers and sisters, I want you to understand that the gospel message I preach is not based on mere human reasoning. 12 I received my message from no human source, and no one taught me. Instead, I received it by direct revelation from Jesus Christ.

13 You know what I was like when I followed the Jewish religion—how I violently persecuted God’s church. I did my best to destroy it. 14 I was far ahead of my fellow Jews in my zeal for the traditions of my ancestors.

15 But even before I was born, God chose me and called me by his marvelous grace. Then it pleased him16 to reveal his Son to me so that I would proclaim the Good News about Jesus to the Gentiles.

When this happened, I did not rush out to consult with any human being. 17 Nor did I go up to Jerusalem to consult with those who were apostles before I was. Instead, I went away into Arabia, and later I returned to the city of Damascus.

18 Then three years later I went to Jerusalem to get to know Peter, and I stayed with him for fifteen days. 19 The only other apostle I met at that time was James, the Lord’s brother. 20 I declare before God that what I am writing to you is not a lie.

21 After that visit I went north into the provinces of Syria and Cilicia. 22 And still the churches in Christ that are in Judea didn’t know me personally. 23 All they knew was that people were saying, “The one who used to persecute us is now preaching the very faith he tried to destroy!” 24 And they praised God because of me.