Here’s  something I don’t understand. Churches say cling to God’s promises. Speak them everyday over you and your family’s lives. I only want to help my kids so I do this and did while they were growing up.

In reality God said a lot of things in the pages of the Bible. He promised positive sounding truth and negative sounding truth. As Americans, we have access to much excess. We tend to lean toward life as being easy. So we really like God’s promises that sound like we’re gonna be ‘on easy street’. It would be a very interesting study if someone read through the Bible and found all the negative sounding promises in the Old and New Testament. God wants us to know Him more intimately and if we were able to compare the different kinds of promises in the Bible I’m sure the study would reveal much.

So, what should be done with promises God spoke that don’t sound fun? Here’s a passage from Isaiah where God straight out said a vow that He would destroy Assyria, who came against Israel. God also said 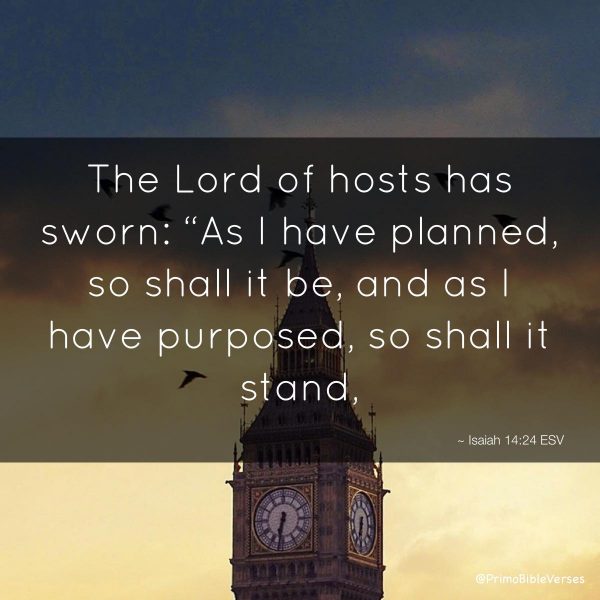 He had a plan to raise His hand of judgment upon all nations.

24 The Lord of Heaven’s Armies has sworn this oath:

“It will all happen as I have planned.
It will be as I have decided.
25 I will break the Assyrians when they are in Israel;
I will trample them on my mountains.
My people will no longer be their slaves
nor bow down under their heavy loads.
26 I have a plan for the whole earth,
a hand of judgment upon all the nations.
27 The Lord of Heaven’s Armies has spoken—
who can change his plans?
When his hand is raised,
who can stop him?”