When David became king he made a military fortress as his home. 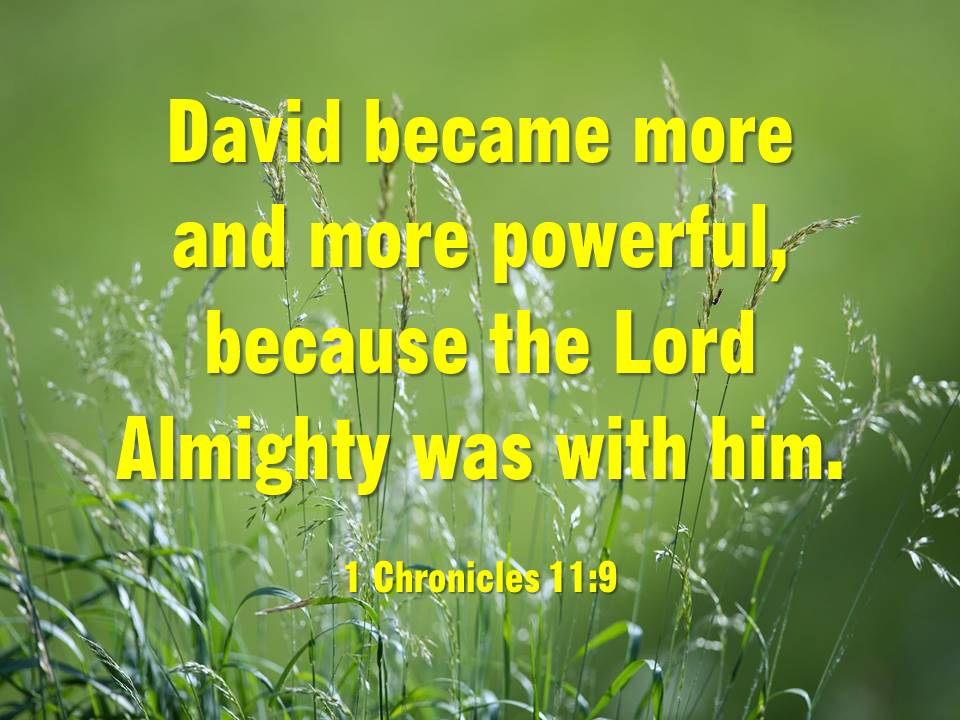 3 So there at Hebron, David made a covenant before the Lord with all the elders of Israel. And they anointed him king of Israel, just as the Lord had promised through Samuel.

4 Then David and all Israel went to Jerusalem (or Jebus, as it used to be called), where the Jebusites, the original inhabitants of the land, were living. 5 The people of Jebus taunted David, saying, “You’ll never get in here!” But David captured the fortress of Zion, which is now called the City of David.

7 David made the fortress his home, and that is why it is called the City of David. 8 He extended the city from the supporting terraces to the surrounding area, while Joab rebuilt the rest of Jerusalem. 9 And David became more and more powerful, because the Lord of Heaven’s Armies was with him.