Timothy was well thought of among believers. The first time the Bible mentions Him is in Acts 16. 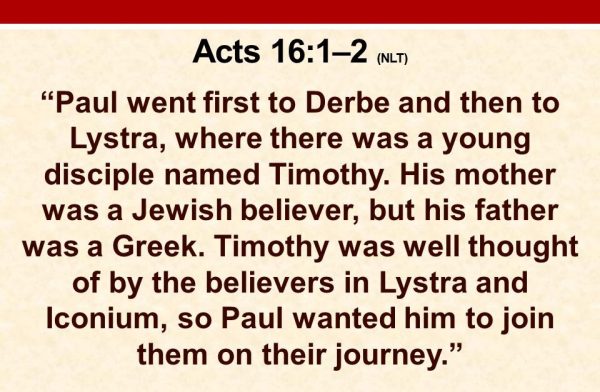 1 Paul went first to Derbe and then to Lystra, where there was a young disciple named Timothy. His mother was a Jewish believer, but his father was a Greek. 2 Timothy was well thought of by the believers in Lystra and Iconium, 3 so Paul wanted him to join them on their journey. In deference to the Jews of the area, he arranged for Timothy to be circumcised before they left, for everyone knew that his father was a Greek. 4 Then they went from town to town, instructing the believers to follow the decisions made by the apostles and elders in Jerusalem. 5 So the churches were strengthened in their faith and grew larger every day.