When the crowd caused Jesus to be crucified, Jesus asked God to forgive them because they didn’t realize what they were doing. 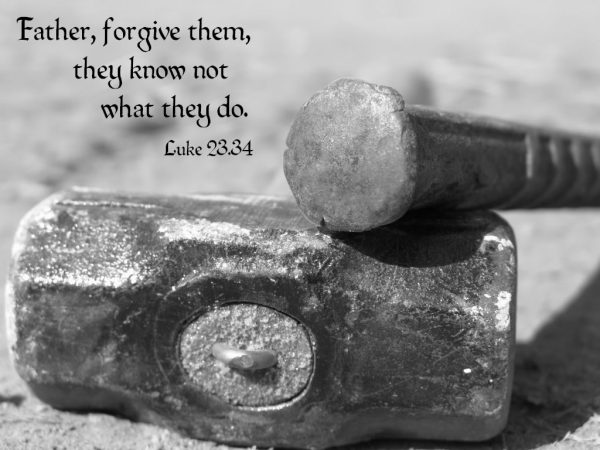 32 Two others, both criminals, were led out to be executed with him. 33 When they came to a place called The Skull,[a]they nailed him to the cross. And the criminals were also crucified—one on his right and one on his left.

34 Jesus said, “Father, forgive them, for they don’t know what they are doing.”[b]And the soldiers gambled for his clothes by throwing dice.[c]

35 The crowd watched and the leaders scoffed. “He saved others,” they said, “let him save himself if he is really God’s Messiah, the Chosen One.”36 The soldiers mocked him, too, by offering him a drink of sour wine.37 They called out to him, “If you are the King of the Jews, save yourself!” 38 A sign was fastened above him with these words: “This is the King of the Jews.”