Last night I went to church. I sat in the back and could easily observe the whole audience. There were many people there. The Bible was preached. God’s Word is powerful. It changes lives. It is truth. Every person in the room heard but I wonder how much they chose to take it in.

Jesus told a parable of a farmer sowing seed. The seed fell on four types of ground. But only one type of soil produced a good crop.

As Christians, we must receive the seed of God’s Word and produce a good harvest from our actions the helps others know God. 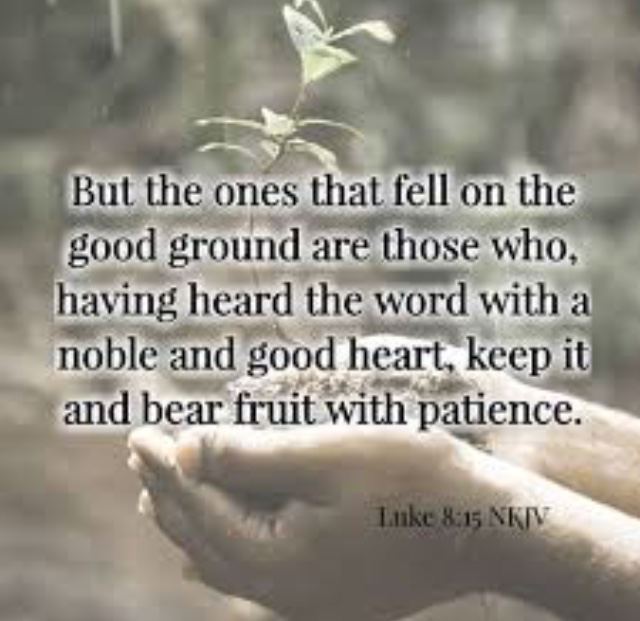 4 One day Jesus told a story in the form of a parable to a large crowd that had gathered from many towns to hear him:5 “A farmer went out to plant his seed. As he scattered it across his field, some seed fell on a footpath, where it was stepped on, and the birds ate it.6 Other seed fell among rocks. It began to grow, but the plant soon wilted and died for lack of moisture. 7 Other seed fell among thorns that grew up with it and choked out the tender plants. 8 Still other seed fell on fertile soil. This seed grew and produced a crop that was a hundred times as much as had been planted!” When he had said this, he called out, “Anyone with ears to hear should listen and understand.”

9 His disciples asked him what this parable meant. 10 He replied, “You are permitted to understand the secrets[a]of the Kingdom of God. But I use parables to teach the others so that the Scriptures might be fulfilled: