God spoke and it all began. 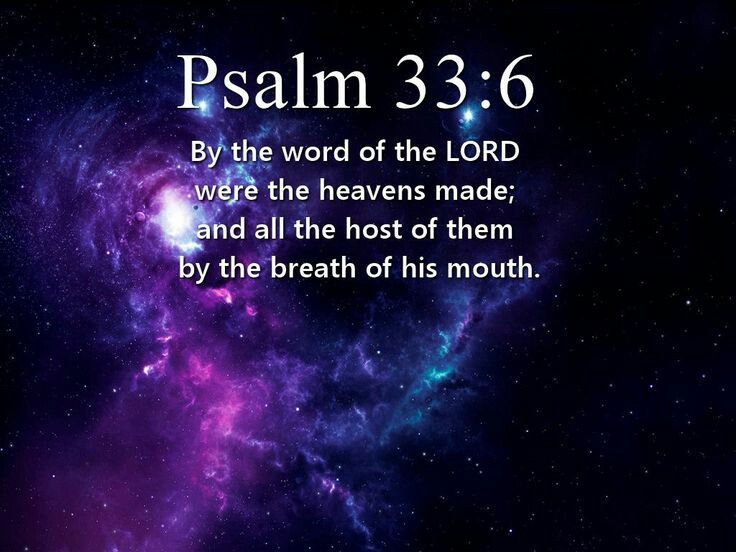 The Lord merely spoke,
and the heavens were created.
He breathed the word,
and all the stars were born.
7 He assigned the sea its boundaries
and locked the oceans in vast reservoirs.
8 Let the whole world fear the Lord,
and let everyone stand in awe of him.
9 For when he spoke, the world began!
It appeared at his command.

10 The Lord frustrates the plans of the nations
and thwarts all their schemes.
11 But the Lord’s plans stand firm forever;
his intentions can never be shaken.