Jesus was straightforward with his new group of disciples. He told them to go to the Jewish people, to heal them, cast out demons and tell them about Jesus. There would be rejection and hard times but they should press on. God would help them. 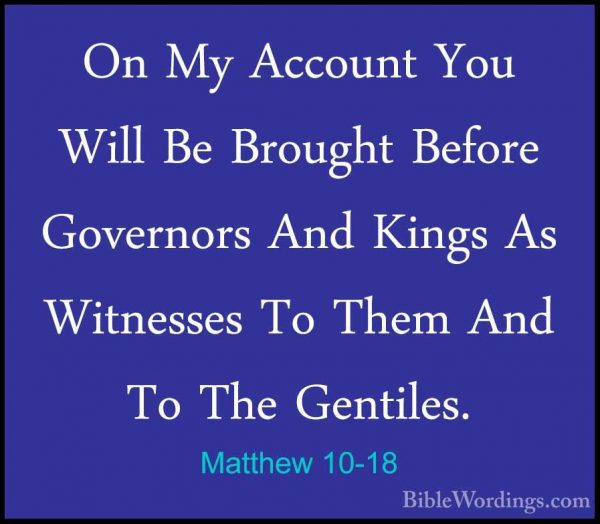 10 Jesus called his twelve disciples together and gave them authority to cast out evil spirits and to heal every kind of disease and illness. 2 Here are the names of the twelve apostles:

5 Jesus sent out the twelve apostles with these instructions: “Don’t go to the Gentiles or the Samaritans, 6 but only to the people of Israel—God’s lost sheep. 7 Go and announce to them that the Kingdom of Heaven is near. 8 Heal the sick, raise the dead, cure those with leprosy, and cast out demons. Give as freely as you have received!

9 “Don’t take any money in your money belts—no gold, silver, or even copper coins. 10 Don’t carry a traveler’s bag with a change of clothes and sandals or even a walking stick. Don’t hesitate to accept hospitality, because those who work deserve to be fed.

11 “Whenever you enter a city or village, search for a worthy person and stay in his home until you leave town. 12 When you enter the home, give it your blessing. 13 If it turns out to be a worthy home, let your blessing stand; if it is not, take back the blessing. 14 If any household or town refuses to welcome you or listen to your message, shake its dust from your feet as you leave. 15 I tell you the truth, the wicked cities of Sodom and Gomorrah will be better off than such a town on the judgment day.

16 “Look, I am sending you out as sheep among wolves. So be as shrewd as snakes and harmless as doves.17 But beware! For you will be handed over to the courts and will be flogged with whips in the synagogues. 18 You will stand trial before governors and kings because you are my followers. But this will be your opportunity to tell the rulers and other unbelievers about me.[e] 19 When you are arrested, don’t worry about how to respond or what to say. God will give you the right words at the right time. 20 For it is not you who will be speaking—it will be the Spirit of your Father speaking through you.

21 “A brother will betray his brother to death, a father will betray his own child, and children will rebel against their parents and cause them to be killed.22 And all nations will hate you because you are my followers.[f] But everyone who endures to the end will be saved.23 When you are persecuted in one town, flee to the next. I tell you the truth, the Son of Man will return before you have reached all the towns of Israel.