Hezekiah was the king of Judah. He was a good king. Other Kings before him had disrespected the temple and it no longer was being used to honor God. But at the beginning of his reign Hezekiah cleaned it up and put the Levites back in service to give offerings to God. The people also sang songs to honor God. It’s a good read, here’s the link. 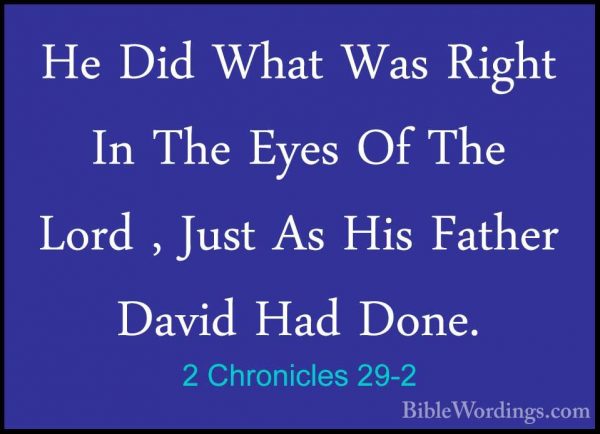 So the Temple of the Lord was restored to service. 36 And Hezekiah and all the people rejoiced because of what God had done for the people, for everything had been accomplished so quickly.