Its interesting to study how people responded when Jesus finished His death on the cross. In these few short verses we see the response of the Roman soldier, the crowd, Jesus’ friends, Joseph of Arimathea and the women from Galilee. 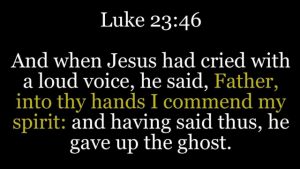 50 Now there was a good and righteous man named Joseph. He was a member of the Jewish high council, 51 but he had not agreed with the decision and actions of the other religious leaders. He was from the town of Arimathea in Judea, and he was waiting for the Kingdom of God to come. 52 He went to Pilate and asked for Jesus’ body. 53 Then he took the body down from the cross and wrapped it in a long sheet of linen cloth and laid it in a new tomb that had been carved out of rock. 54 This was done late on Friday afternoon, the day of preparation,[d] as the Sabbath was about to begin.