Jesus is controversial. He said he would bring division when he was headed to die on the cross. He still brings division today over 2000 years after his death. 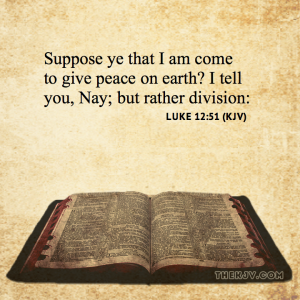 49 “I have come to set the world on fire, and I wish it were already burning! 50 I have a terrible baptism of suffering ahead of me, and I am under a heavy burden until it is accomplished. 51 Do you think I have come to bring peace to the earth? No, I have come to divide people against each other! 52 From now on families will be split apart, three in favor of me, and two against—or two in favor and three against.